In this tutorial, I’ll show you how to transform a fashion photograph into a unique, multi-layered Photoshop illustration. You’ll be using 3D renders, custom space and cloud brushes, as well as throwing in some cool 3D vectors as Smart Objects for good measure.

Before we begin, I would like to thank Katanaz for allowing me to use the model image. She also has more great images over at her deviant stock account.

Start by opening the model image, we’re now going to isolate the figure by creating a density mask. Duplicate the Blue channel (which holds the most contrast) by dragging its thumbnail into the Create new channel icon.

Now increase the contrast of the channel by pressing Command + L to access the Levels and set the Input Level midpoint to 0.43 and the whitepoint to 224.

By using a moderate Levels adjustment, we’ve retained the models’ hair detail. Now select the Burn Tool (0) set to Midtone Range and 100% Exposure to darken the outer edge of the figure, avoiding the hair.

Select the Brush Tool (B) and fill in the figure using a hard-edged black brush.

By default it’s the white areas which act as channel selections, so hit Command + I to Invert the channel. Command-click the channel thumbnail to generate a selection, then target the top RGB composite channel and switch to your layers palette.

With the selection still active press Command + J to float a new layer and name it “Model normal.” Now load the “Fashion_swatches.aco” swatches from the “source” folder. Select “Solid black” as your foreground color, target your “Background” layer, then hit Option + Delete to fill the canvas.

You’ll now notice a slight halo around the model – this is because when it was copied as a new layer some of the white surrounding pixels were included. Fix this by targeting the layer and choosing Layer > Matting > Remove White Matt, then repeat selecting Defringe and entering a value of 3px. 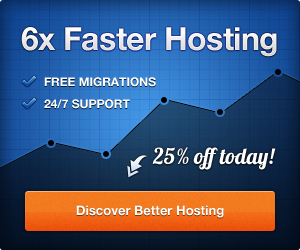